Happy Father's Day : Here's Everything You Need to Know | FITPASS

Happy Father's Day : Here's Everything You Need to Know

My Dad and I have a lot in common. We both love cricket and being outdoors, but we also share a very serious sweet tooth. Growing up in an active family, playing sports was extremely essential for both my brother and I. For this reason, some of my best memories from childhood include shooting hoops in the local playground with my brother and running on the school track with my Dad. I’ve always loved the thrill of making a free throw and the jolt of energy that took over my body when I beat my Dad to the finish line. Undoubtable, I was convinced that he let me beat him, but I still like to believe that my scrawny legs fuelled by a will of steel, allowed me to outrun him.

In High School, I realised I had a knack for running track. I felt the familiar feeling of energy return as I began my sprint for the first time. I cannot remember a time when my Dad was not there for me – not only as a Father, but also as my best friend. He would come watch me play at numerous athletic school meets, when he would have much rather been in the comfort of our home watching cricket. Having him cheer for me from the bleachers during school games was a sight I had grown fond of. The extensive practice regime, school meets and end of day exhaustion resulted in deficient Father-Daughter time. Through chasing my Dad on the track field early on, I was engrained with the need to stay active and with the desire to continuously test my physical limits. Persevering my love for running track, I subsequently started running marathons once I was in College. I found a familiar face in the crowd cheering me as I raced towards the finish line at my first marathon – my Dad. He was the quintessential scholar athlete who I tried to emulate.

Running was something that brought us closer again. As I started training in March this year for the Delhi 10K, my Dad decided he wanted in on the action. So we decided to train together for the next 3 months. We trained every day and Dad was able to go from 24% body fat to 6% body fat in a matter of months. Taking advantage of some of the best trails in Delhi, we embarked on our first run. It was a tough first run for him since he was a little out of shape, but he didn’t give up. I convinced him to come workout with me at the gym for a few days so we could go for longer runs. As a daughter I was naturally worried that my 56-year-old father might exhaust himself too much at the gym for his first day. In the midst of my workout I would glance at him just to make sure he was alright. To my surprise my dad was killing it! I noticed how my Dad was enjoying running on the treadmill. He was breathing better and the 5 minute run on his first day changed into 20 minutes and he gradually found himself running longer and faster.

Conscious that running a marathon was not just about being fit, I realised the importance that he needed to do much more to build stability, strength, power and core. That was when I gifted him a Fitpass in April, that gave him the freedom to take Bootcamp workout, TRX training, Spinning classes, Kickboxing classes and so much more! After one of our initial boot-camp sessions, he admitted, that he was a little intimidated in the beginning. But after a few weeks, he picked his favourite workouts and enjoyed his daily routines even more! Running can sometimes be boring and redundant, but the classes he took with Fitpass always challenged him to try something new. Through every workout we did together, he kept up with my planks, kicks, punches, crunches and steps. He might have been slow every now and then, but he tried and finished everything. Yes, he woke up sore for a couple of days, but since then he’s never looked back. Over the course of time, we mixed various training sessions with Fitpass and Dad found how motivating they could be. We moved to small but difficult group sessions a few times a week and kept up with our runs adding an extra kilometre every time we set out. I started noticing big changes in him physically, not only with his weight, but with his overall health.

It all came down in the first week of June, when Dad and I positioned ourselves at the starting line for his first Marathon. “This is it,” I remember telling him. The result of devoting 3 months in training and preparing ourselves would be before us soon. Dad had never entered a marathon before and was doubting himself that he would even finish. After a little pep-talk at the starting line, Dad was ready to face his first marathon. For lack of a better word – he crushed the marathon that day! He ran without stopping. And when he crossed the finish line, he saw a familiar face in the crowd rooting for him from the sidewalk – his Daughter. I couldn’t have been happier seeing him cross the finish line that day. He told me how fantastic he felt after he finally managed to catch his breath. That was his first marathon. Since then, he’s ran at a few small marathons with me and he’s finished better every time.

Today, Dad and I go for a run every Sunday. We workout together at least 3 days in a week and we’re gearing up for the big run in November. It’s become a Father-Daughter bonding time for us. I can proudly say that my Dad has become healthier and building muscle while working out has been an added bonus he says. We made exercising an exciting adventure. We both have different body types. But consistency has been the key. My Dad didn’t see results immediately, but he kept going and was rewarded. He’s already signed up for the forthcoming marathons, that’s how pumped he is! My early days of chasing him around the track are coming back, again!

This past Father’s Day we spent our day training at our favourite studio. My Father will always be my favourite classmate. I hope your Dad and you got involved in something active, like a class this Father’s Day. 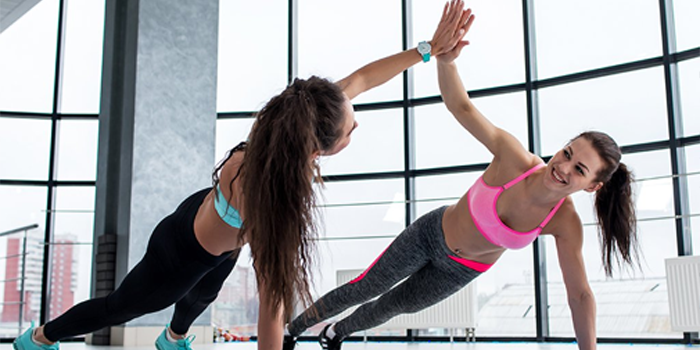 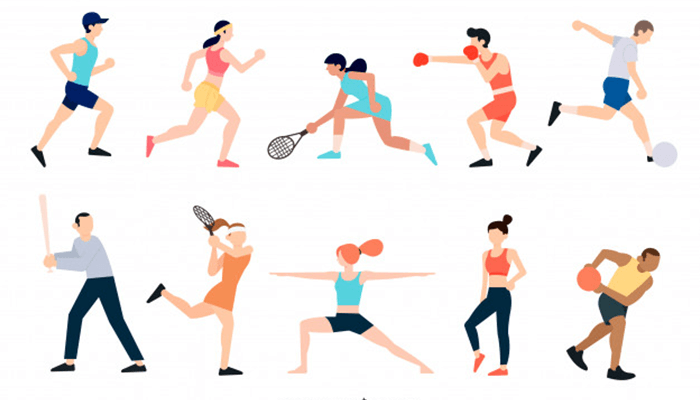