A spiritual and physical practice that started in ancient India has now gone global and is very popular and commemorated every year on the 21st of June. Yes, we are talking about yoga and think this is the best time to learn about the origin, significance and importance of yoga. International Yoga Day aims at spreading awareness about yoga and the advantages of this physical and spiritual ancient practice. This day is celebrated across the globe and people have many different ways such as practicing group yoga, debates, discussions and seminars to commemorate it.

But before knowing about ways to celebrate the International day of yoga wouldn’t it be better if we learnt about the origin, significance and importance of yoga day and learn some interesting facts about the same?

When Was International Yoga Day Recognised? 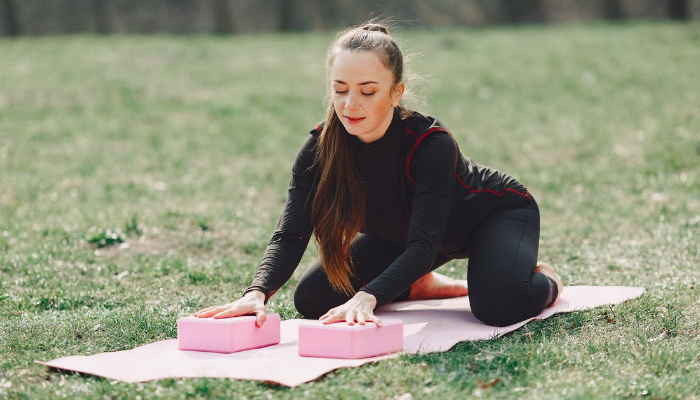 India’s representative at the United Nations back in the day, Asoke Mukerji had requested and submitted a formal resolution to mark a day for yoga. The proposal for the same was submitted a day after the Indian Prime Minister addressed the assembly about the same. This is how World Yoga Day was recognized by the United Nations General Assembly in the year 2014 i.e. 8 years back. Did you know that the resolution had 175 more co-sponsors which was the highest ever for a resolution that was submitted to the United Nations which resulted in the resolution being passed in just 90 days of its submission. Once that happened, International Yoga Day was celebrated for the first time ever on June 21, 2015.

The 8th edition of International Yoga Day will be celebrated in India and across the world. The theme for yoga day 2022 is ‘Yoga for humanity’ which was set by the United Nations and was announced by Indian Prime Minister Narendra Modi on his ‘Mann Ki Baat’ initiative. The theme for this year aims at bringing the discussion to the importance of yoga when it comes to getting better mental health practices.

Some Interesting Facts About Yoga 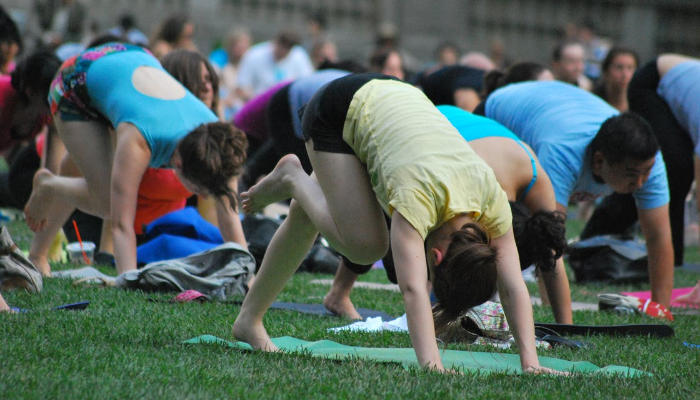 If you think yoga is a slow process and can be boring then how about spicing it up a bit and taking charge? Maybe heading to some amazing yoga destination will make the whole process all the more refreshing and rejuvenating.

Head to These Destinations This International Yoga Day

Wanna have the best yoga experience and get in touch with your spiritual side? Well, then indulge in yoga on the banks of the Ganges and get all the yoga benefits that you have heard of. The cool breeze caressing your face while you indulge in different yoga poses and meditate while listening to the sound of the river does sound dreamy, doesn’t it? 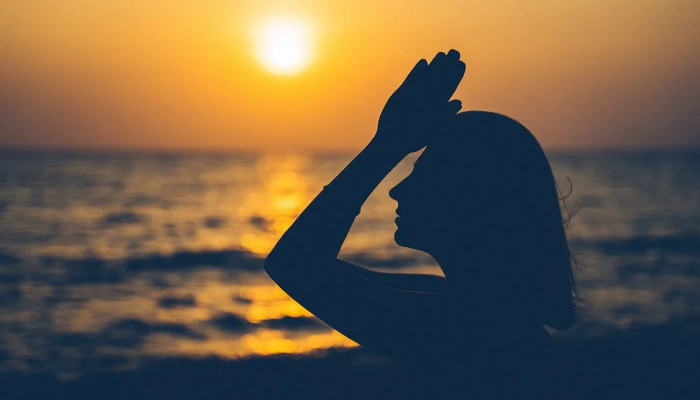 How about indulging in your morning yoga routine at the seashore in Kerala? Just imagine looking at the sun coming up the sea and the seawater tickling your toes while you are performing suryanamaskar? Wouldn’t that be magical? Well, that is what starting your day with yoga in Kerala would be like. Oh, and did you know that this city has many yoga ashrams that you can head to when you are there. 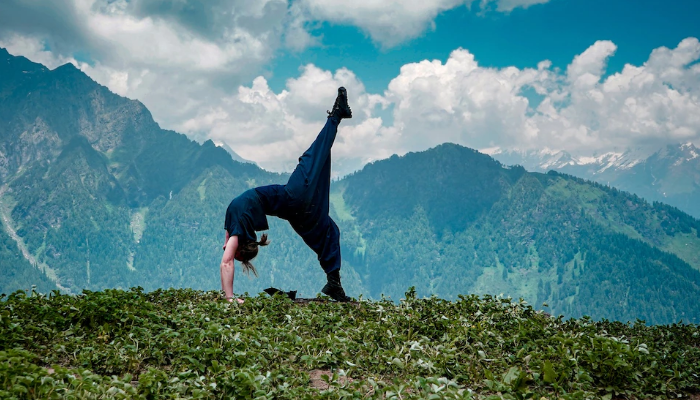 When translated the word ‘Dharamshala’ means- spiritual dwelling. If you want to indulge in yoga to not just stay healthy but also get in touch with your spiritual side then this is for you. Imagine indulging in your yoga routine with snow-clad mountains acting as the background and a calming atmosphere around you which makes it so much better!

We think by now you would have understood the importance of yoga day and why you should indulge in yoga. If we have inspired you then maybe you would like to do it at a pretty location this year to celebrate International Day of Yoga. Do it with your one pass to fitness- FITPASS that lets you access 5,500+ gyms and fitness studios across 39+ cities in India.