Coffee – is it just a wake-up drink? Lovers all around the world will unite to tell you how essential coffee is to them and even spend hours convincing you of its benefits. It keeps them awake through long nights, is a great conversation starter, and a confidant of lovers. We can’t help but agree with the versatility of coffee; it can be brewed to each individual’s taste. Some like it strong, some like it black and some like the intensity of an espresso, whereas others want it light and creamy like a cappuccino.

The presence of caffeine in coffee is what makes it so refreshing irrespective of when you have it. But, do you know what is caffeine? It is a central nervous system stimulant; a psychoactive drug found in coffee. Read on to know more about it.

1. Caffeine acts as a diuretic

People who are prone to water retention benefit from caffeine as it flushes out excess water from the body. However, high doses of caffeine doses can cause dehydration.

2. Coffee is known to reduce the risk of certain diseases

It prevents Alzheimer’s, Parkinson’s, type-2 diabetes, mouth and throat cancer, and even prevents tooth decay. These findings are based on epidemiological studies done on caffeine consumption.

Every fat burning supplement in the market consists of some amount of caffeine as it significantly boosts the metabolism. It means that you enter the fat burning stage after drinking coffee. Rejoice!

It improves cognitive functions and mood. So, if someone is tired, drowsy or feeling low, you know what to get him or her!

Coffee fights free radicals in the body, keeping you away from problems caused due to inflammation

Stay in shape and look younger with just 1 cup of coffee every day!

Caffeine is, after all, a drug and should not be abused or it might manifest withdrawal symptoms. 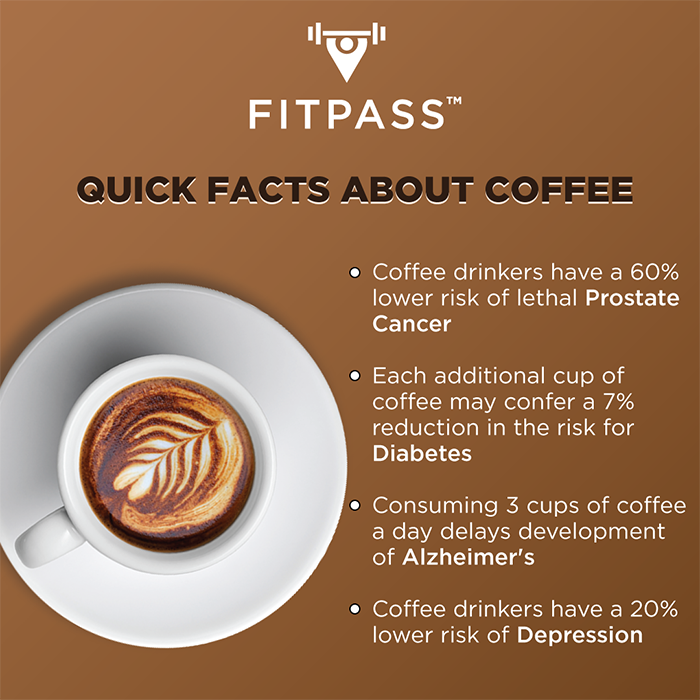 Coffee lovers happily call themselves “coffee addicts”. Being addicted to good things is not so bad after all, is it? Coffee is not just a drink, but it is considered a culture; people across the world gather together to share some coffee and socialize. Modern cafes provide complete coffee experience with the option to socialize. However, as it goes with everything, overdoing with certainly has its negative effects.