Even if you are an amateur, a good fight shakes up the dormant warrior inside you. Whether that be watching Bruce Lee’s feisty kicks, blood-curdling samurai sword fights in Kill Bill or intense boxing in Rocky movie series. Combat fight is an inspiration to all. You want to gain that strength, learn the speed and build up accuracy to fight against the evils you face in your daily lives.

Before you start your professional training, you need to first understand the various types of combat regimes. Here are 7 popular combat training arts that you should know: 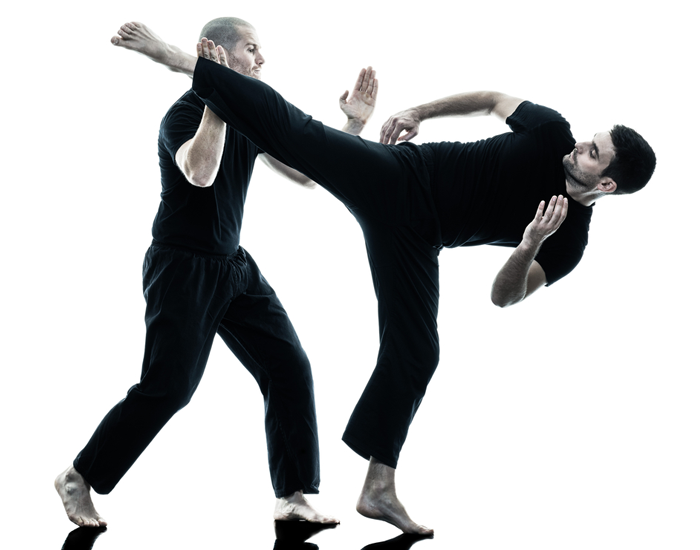 Krav Maga: Krav Maga was formulated by the Jews to protect themselves from the Nazis during World War II. In Hebrew, Krav means “combat” or “battle” and Maga means “contact” or “touch”. A very good combat regime for self-defense, Krav Maga involves swift moves, strikes or use of weapons to block and challenge the attacker’s blow. It has three different subtypes, namely: Commando Krav Maga, Special Forces Krav Maga, and Tactical Krav Maga.

Boxing: Boxing involves two boxers throwing punches at each other for a specific period of time in the ring. Men’s bout concludes with three rounds of three minutes each. Women’s bout comprises of four rounds of two minutes each. Weight is a crucial aspect of boxing with 10 weight classes each for men and 3 for women. Each boxing match or competition consists of a weigh-in deadline. Boxers failing to gain or lose the assigned weight are eliminated from the competition. 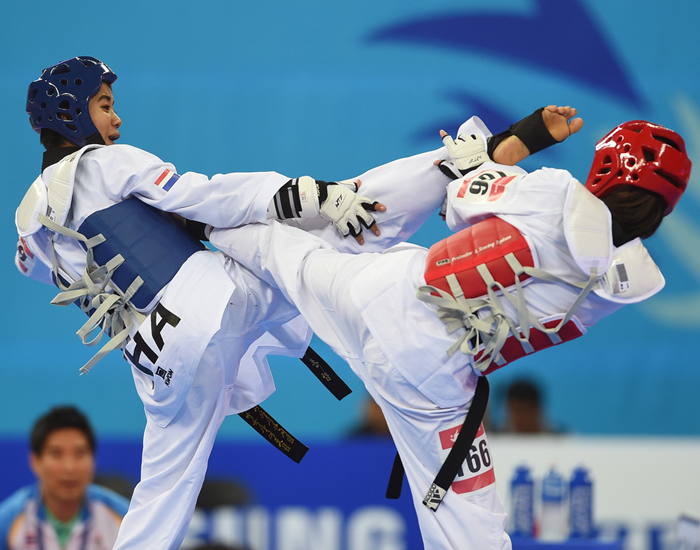 Taekwondo: The national sport of South Korea, Taekwondo, literally translates to “the way of foot and fist”. It is popular for its sharp strikes and stinging kicks. Knee and elbow strikes, joint locks along with punches are incorporated in this intense combat training. It is a defense technique of not only blocking attacks but also sabotaging the attacker with fast strikes and kicks.

Karate: Originating in the Okinawa Islands in the 1300s, karate is a mish-mash of several ancient martial art forms. Influenced by the trade relationships with the Fujian Province of China, Shuri-te, Naha-te and Tomari-te combat forms came into being. The unusual weapons used in karate were actually farm tools. Natives used these farm tools to defend themselves during the Shimazu Clan invasion. An amalgamation of these three techniques gave birth to karate. This combat training involves punches, kicks, knee, elbow and open hand strikes along with blocks, throws, joint locks and proper breathing. From the very beginning, karate is known to be the ultimate combat routine for self-defense. 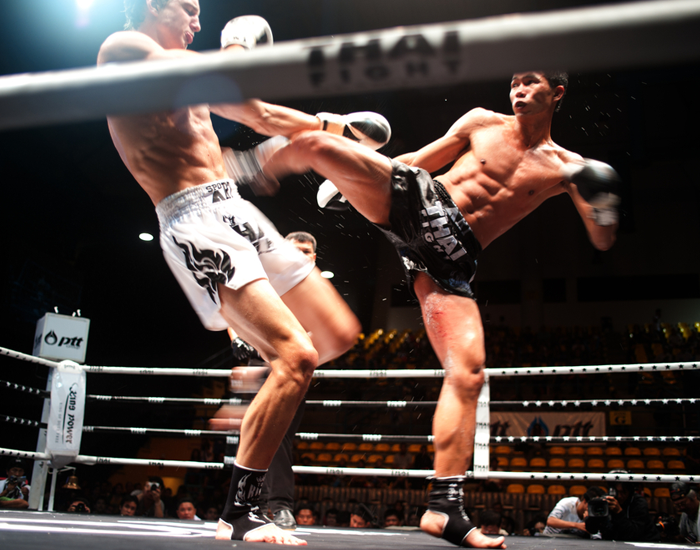 Muay Thai: Muay Thai, also known as the art of eight limbs, originated from the ancient Thai martial art form Muay Boran during 1200s. It is a combat sport which involves blocks and strikes with the shin, elbows, knees, and hands. Unlike traditional boxing, Muay Thai accepts clinch (grappling of the opponent) as a legitimate move. So one contender may catch hold of another’s neck from behind and kick in his midsection. Although in Muay Thai competition the basic agenda is to win the fight, in life it works as an effective defense against attackers.

Kick Boxing: Kickboxing is a fusion of Muay Thai, full contact Karate, and Boxing. It was created in 1966 by Osamu Noguchi, a Japanese boxing promoter. This combat form allows elbow and knee strikes, kicks, punches, blocks, clinching, headbutts, takedown, and throws. Cardio kickboxing and Tae Bo are the two types of popular fitness kickboxing. Currently, 13 different subtypes of kickboxing are practiced all over the world. 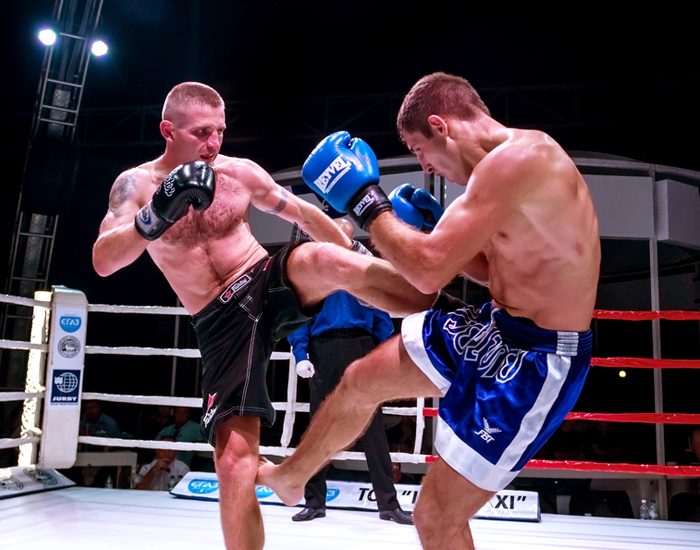 Mixed Martial Art: Mixed Martial Art (MMA) is a combination of boxing, karate, kickboxing, jiu-jitsu, Muay Thai, taekwondo, wrestling, and judo. Practicing MMA, you would know the techniques of all these combat forms. Made popular by the United Fighting Championship (UFC), this combat routine includes many rules and regulations. There are about 25 different fouls listed in the Rules. Just like boxing, it is fought within a ring encircled with a cage and has weight classes. In the fight, one’s aim is to knock out or force your opponent to surrender. It consists of kicks, punches, strikes, and grappling.

So, which combat routine are you going to train for? Never fall back or think you are weak. It is because there is a fighter in you. Stop hiding and start training.