The One Where Monica was all about fitness | FITPASS 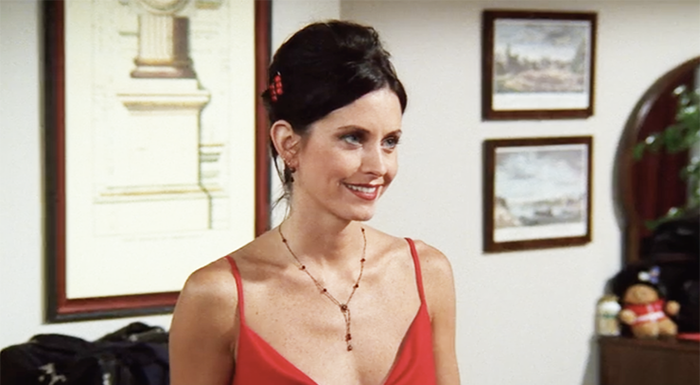 The One Where Monica Was All About Fitness

Most of us know the cleanliness freak Monica, but there’s a lot more to the ‘hostess’ from F.R.I.E.N.D.S. Here are 9 reasons why she’s set a benchmark in fitness too.

Thanksgiving 1987 was a turning point for her, when Chandler called her fat, while she had feelings for him. 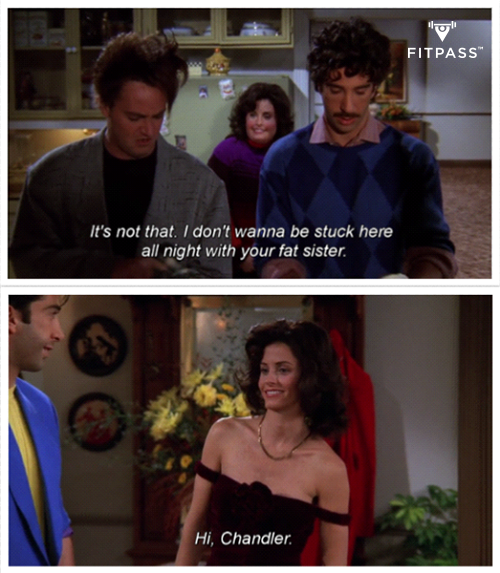 She lost weight, he lost a toe. So they were even, kind of. 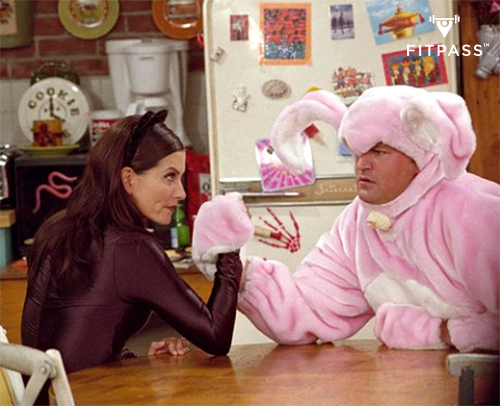 Tools just slow her down.

“One more set and I’ll flash you.”

She’s got the best ways to get you up and exercising.

“To get rid of one obsession, find a new one.“

Switching from food to cleanliness, Monica totally nails this one.

Either in Joey’s stomach, or her head. We’ve seen it from those Thanksgiving episodes we love so much.

Her self control was legen … wait for it … dary.
She kept away from the Brown Bird Cookies that made her fat in her childhood and stuck to diet soda. And her rules, well, there’s a reason why her cleanliness and health standards were way above the law.

Girl on the bus: my favourite episode is when ross and monica are playing american football for the troll thing

Me: IT’S CALLED THE GELLER CUP OKAY. MONICA JUMPED IN THE LAKE AFTER HER DAD THREW IT THERE CAUSE SHE BROKE ROSS' NOSE. JUST STAHPP.

Even though she looked gorgeous, she still had respect for all body types, being obese for most of her childhood and teenage. 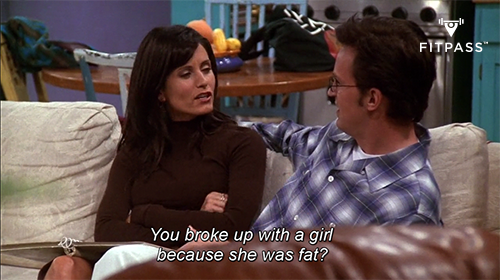 And made Chandler gather some respect too. 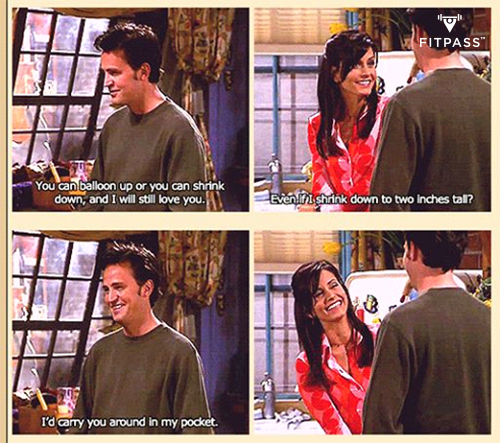