Salman Khan is still the reigning king of Bollywood. The epitome of bodybuilding in Bollywood, he is the original six-pack hero. He continues to inspire the new generation of stars to stay fit. Salman has an enviable fitness level and he takes his workout regime very seriously to stay in the great shape that he is. While most people assume that he only focuses on weights the truth is the actor has a very tough cardiovascular regime as well.

Here is how Bhaijaan stays fit even till today.

For a body like Salman Khan, it is essential to eat the right kind of food. With an extensive workout that he follows, Salman eats plenty of protein to maintain his muscle mass. Despite being a lover of Biryani and Italian cuisine, Salman is very particular about his diet. All of his meals are balanced to accommodate his time spent at the gym such as proteins, complex carbohydrates, potassium, essential fatty acids, and omega 3 fatty acids. He follows a set pattern of meals daily and keeps refueling himself every 3-4 hours and makes sure to eat the right kind of food.  For breakfast, he prefers four egg whites and low-fat milk. For lunch, he prefers chapattis, grilled vegetables, and the green salad. He fulfills his hunger pangs with the protein bar or a handful of nuts. His dinner includes two egg whites, grilled fish or chicken, and soup. Before his workout, Salman indulges in a protein shake and two egg whites. His post-workout snacks include oats, almonds, three egg whites and a protein bar. 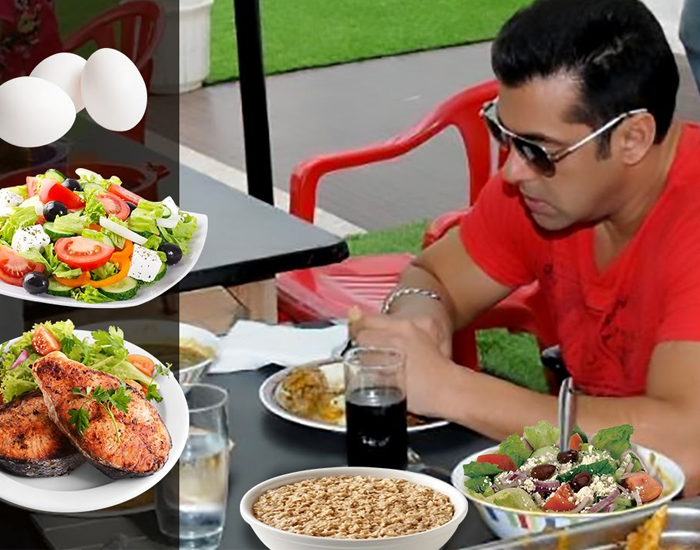 Salman works out for two to three hours daily and follows a disciplined workout regime that consists of weight training and cardio for three days a week. He usually focuses on few body parts like biceps, triceps, ab, legs and back. He also does 2000 sit-ups, 1000 push-ups, and 500 crunches at a time. He starts his workout with a warm-up like jumping jacks, squats, and push-ups. He performs deadlifts for defining his back and leg muscles and does bench press for his chest and biceps. The superstar starts his cardio session by running on the treadmill for 15 minutes followed by working on his ab which includes crunches, reverse crunches, back extensions, and side planks. Salman also enjoys cycling a lot and often cycles for a couple of hours to stay fit. A lover of the outdoors, Salman enjoys jogging and cycling outdoors as and when he gets the time. 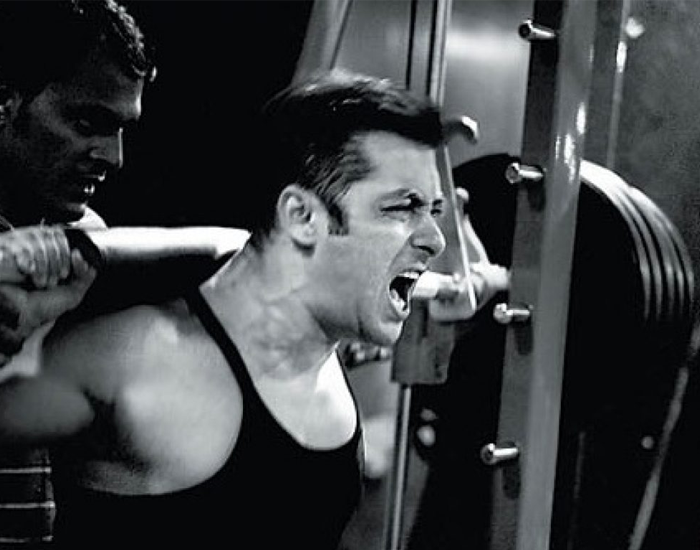 Salman spends a good amount of time at the gym. Apart from eating the right foods, he also avoids eating junk food, sugary products, and processed foods. Known for his gentle heart and love for fitness, Salman Khan has inspired generations towards fitness. Here’s wishing the superstar the best of health and success for his coming movie!