How Arjun Kapoor Lost Almost Half His Body Weight? | FITPASS

Revealed: How Arjun Kapoor Lost Almost Half His Body Weight

As one of the newest six-pack superstar members in Bollywood, Arjun Kapoor never wanted to lose weight. Being fat was a part of his life and he was content with just the way he was. However, with his fantastic Bollywood debut in 2012, Arjun not only amazed us with his fiery and rustic acting and character but also with his tremendous weight loss. Torching an astonishing 50 kg in just 4 years, Arjun once weighed a whopping 140 kg. His transformation has been nothing short of his strong willpower, dedication and sheers hard work.

Along with his obesity, Arjun was also asthmatic, sluggish, grumpy and could not run continuously for more than 10 seconds. He also found it difficult to fit into airline seats because he was fat. At an incredible 87 kg now, Arjun has been able to do away with excess fat and has sculpted every muscle in his body with a stunning fitness regime and has entered Bollywood’s fitness club.

Arjun’s remarkable journey from fat to flat needed inspiration and he found that in Salman Khan. After spotting Arjun’s acting talent, Salman advised him to lose weight and quickly took him under his wing. They not only worked out together, but Salman kept a strict vigil on what Arjun was eating.

If you’re not inspired already by his amazing transformation, read more to find that! 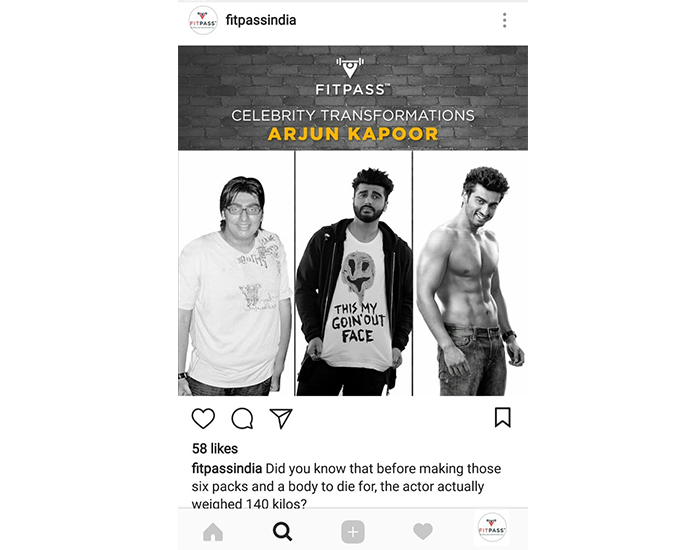 Getting back into shape was not an easy task for Arjun. His first focus was just to lose weight and once he lost weight he began working on gaining his muscle mass. He trained 5 days in a week first with Salma Khan then under the guidance of Harry Ranson and later Kyle Arthur to practice RAW 28, which is a combination of functional, strength, and endurance training. Arjun, starts his workout with warm-ups, followed by cardio and weight training.He then starts his circuit training and HIIT.Arjun makes sure to hit CrossFit for 20-minutes and ends his workout with Pull-ups, Bench Presses, Deadlifts, and Squats. 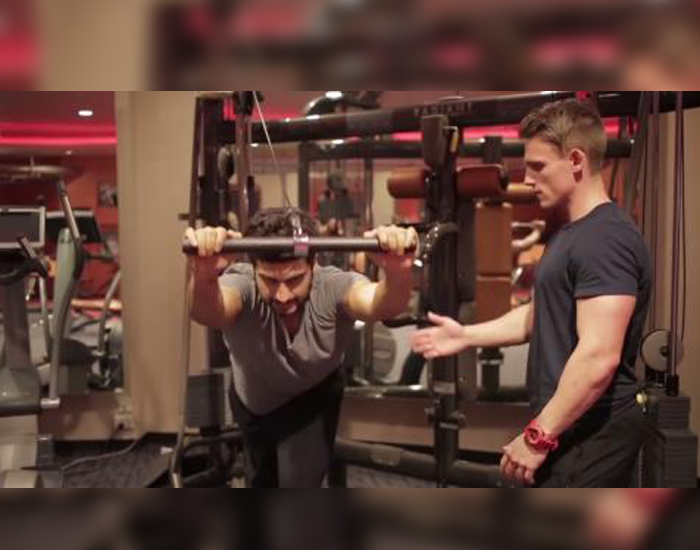 Hailing from a typical Punjabi household, Arjun loves his mutton, chicken, and naans. In fact, at one point he could eat 6 McDonald burgers at one go. But soon he realized that losing weight without following a proper diet would be close to impossible. That’s when he decided to stay away from junk food and made small healthy food choices. Arjun switched to whole wheat bread from white bread, egg whites from whole eggs, and rotis with rice. He increased his fruit intake when he craved for desserts and made changes to his diet one day at the time. 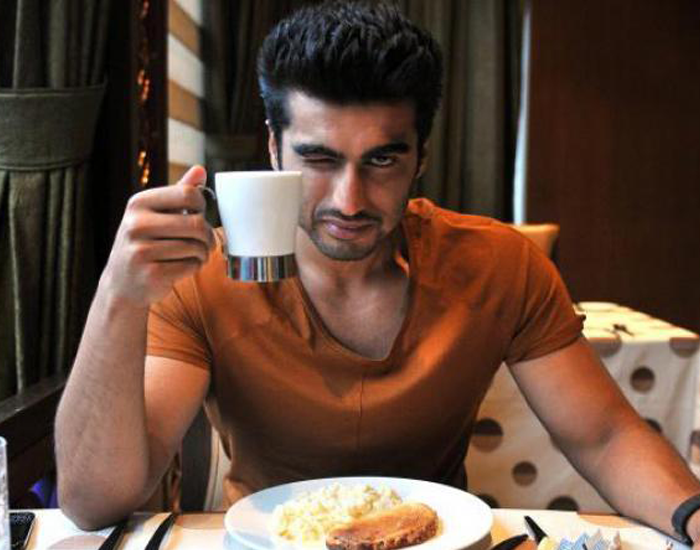 For breakfast, he eats 4-6 egg whites with an egg yolk with brown bread toast. Lunch consists of Millet (Bajra) roti or Atta roti with Dal or Sabzi or Chicken. Arjun prefers Millet over Atta as the former is rich in fiber. He has a light dinner which is rich in Protein and usually includes Fish, Chicken, or Meat. He usually takes protein shakes after every workout which keeps him hydrated and energetic. Instead of white rice, he prefers brown rice or quinoa. He stays away from sweets and carbs as well. In place of sugar, he considers healthier and natural options like strawberries, pineapples etc. He also enjoys black coffee through his day to cut fat. On the weekends, Arjun enjoys his cheat day by eating what he likes and craves and avoids the gym at times.

After working hard at the gym and cutting down on his favorite food, Arjun now dons a killer physique and a toned body which makes the girls drool and the guys envious. He never gave up and learned that patience is key. From a chubby kid who found it difficult to fit into airline seats and gulping 6 burgers in one go, Arjun has come a long way. His transformation is the mother of all transformations. With some serious before and after Arjun Kapoor pictures, he has surely inspired so many. Here’s wishing him more power for 2018!